We are pleased to announce we are moving to new premises on the 1st march.

We decided to move premises due to parking problems at our current location. Although we will be keeping the shop on Cliffe road for advertising and storage. We are pleased to have been commissioned to make tailored covers for actor MR.JAMES EARL JONES in London at the Wyndhams  theatre where he is performing in Driving Miss Daisy. We previously made covers for Mr Earl Jones in his previous production Cat on a hot tin roof at the Novello theatre. I was extremely pleased because we were told a London upholstery company had the job but Mr. Earl Jones specifically asked for us again because of the outstanding covers he received previously from us. 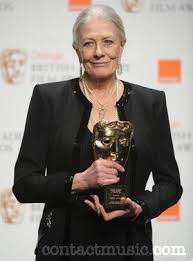 We were pleasantly surprised to receive an order for over 150 pieces of furniture onboard the H.M.S PROTECTOR in Portsmouth.

This was an urgent order with a 2 week turnaround which we managed after pulling out all the stops.

We had over 30 bed settee covers for all the cabins. Also around 50 tub chairs. We had large sofas and office type chairs in all the officers rooms. And we also had many chairs from the mess rooms and conference room. This has been our largest single order to date.

This job was a nightmare to fit due to all the cabins being in use. Night staff sleeping etc. Also the ship is like a maze so we were constantly getting lost on the wrong deck etc.

Anyway we finally  fitted all the items after spending 2 full days onboard. Unfortunately we cannot show you interior photographs due to regulations.

What an unbelievable pre xmas we have had with orders taking us into February.

January February are normally our quietest time of year so it was a pleasant surprise to have a full order book for the start of the year. This was down to our special offer prices which we are running throughout January and February. Hopefully we can keep busy throughout the year.

Your E-mail has been sent. We will be in contact with you soon.

Please refresh the page and re-submit the form.

SORRY
Your content caused an error and your email has not been sent.
Please remove any unusual characters and try again